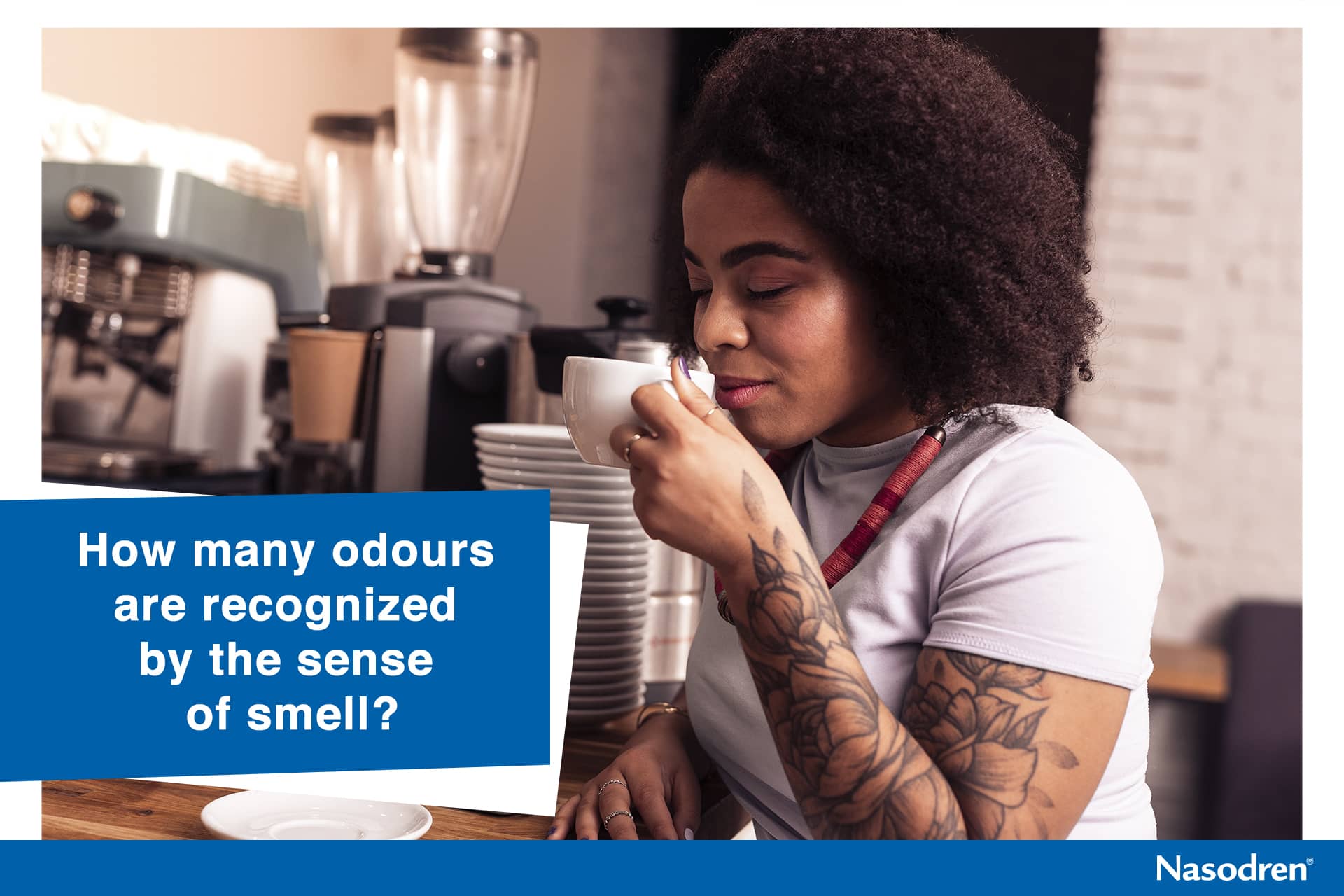 How many odours are recognized by the sense of smell?

Each nostril has a small area with millions of olfactory receptors that are nerve cells derived from the central nervous system itself.

Anyone has experienced how a smell stimulates emotions and memories of people, places, or situations.

But how many and what smells can the olfactory system recognize?

Much has been studied and written about the number of smells that a human being can distinguish. The latest research indicates that we are capable of distinguishin … billions of aromas.

This study carried out at Columbia University in New York, United States, has identified a genomic mechanism by which a finite number of genes can help distinguish a seemingly almost infinite number of aromas.

Nasal receptors can identify a door, measuring its intensity, searching memory to determine whether it has been smelled before, and determining whether it is pleasant or noxious.

Another researcher has published that “humans can detect and discriminate an extraordinary range of odours, we are more sensitive than rodents and dogs for some of them, and we also have the ability to follow scent trails. In addition, our behaviours and affective states are influenced by our sense of smell.”

It is also well known that smell and taste are physiologically interdependent, and the alteration of one of these senses affects the other.

This olfactory capacity can be diminished or even totally cancelled by various diseases. It is currently known that loss of smell can be an early symptom of neurodegenerative diseases such as Alzheimer’s.

However, other more frequent diseases such as the common cold, rhinitis, and sinusitis can affect the smell without forgetting, in these times, COVID.

A prolonged loss of smell is a big problem since smell significantly influences human behaviour, and as we have discussed, it evokes memories and emotions and forms perceptions.

When the cause of the decrease or loss of smell is sinusitis, the improvement can be achieved by draining the accumulated mucus in the paranasal sinuses.